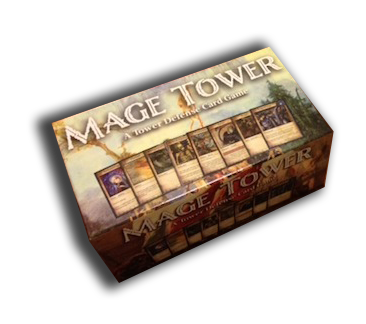 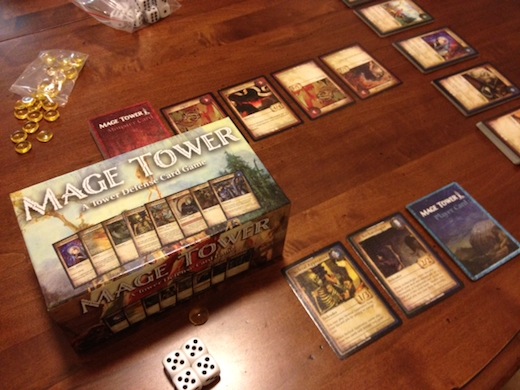 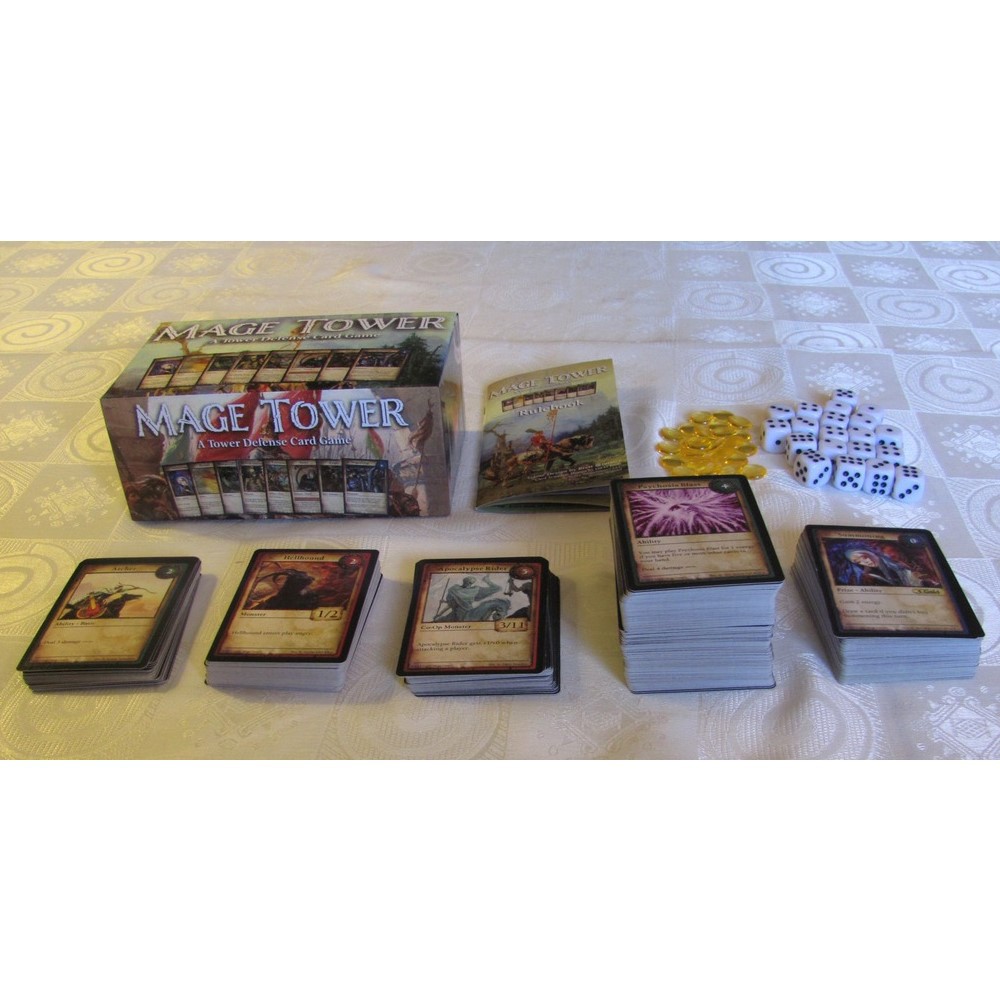 Mage Tower, designed by Brett Brimmer, is a tower defense card game from Super Mega Games.  In Mage Tower, 1-6 players quickly draft a deck of unique cards, then use those cards to defend their Mage Tower against the forces of invading monsters.

When the game begins, players take turns picking from a small selection of the 160 unique “draft deck” cards.  Once each player has eight cards, they shuffle them together with some Basic cards and their 13 card deck is complete.

Each of your cards might be played several times in the course of the game, so make sure to pick cards that work together.  You may want to go on the offensive, and play cards like Meat Grinder and Orc Chieftain.  These are monsters that are played onto the opponent’s monster boards to attack them.  Maybe you like combo decks?  How about using Inspiration to draw a ton of cards, then playing Labyrinth to get free energy.  Then use that free energy to play all your spells at once, in a single massive turn!

With 160 different cards and each player getting a different deck every time, each game of Mage Tower will be different and memorable.  It’s easy to learn for new players, while having lots of combos and card interactions to explore for veterans.  You’ll find new ways to use old cards almost every game.  So do it!  Fight the monsters, battle your friends… and protect your Mage Tower!